How to prevent ‘A Make up Break up’

After over 10 years in a fantastic relationship, I decided to break up with my make up. It just wasn’t working anymore. I was looking tired, had lost my glow and found that over the past decade my skin had changed, and my needs had changed.

I was on the search for something that made me look 10 years younger, got me my glow back and was user friendly. Because, I am afraid to say it, I have never known how to really use or do make up properly. I had only used primer before painting the house, foundation was something that I slapped on haphazardly and the phrase “powder my nose” was not a phrase I had ever coined because I literally had not understood that women did this as part of their make up routine.

The first step in my new look was to admit that I had a problem of make up ignorance so I hit the counters at David Jones for help and my new look.

I happen to have two beautiful friends who both do make up professionally and I made the fatal error of going to the make up counter all by myself. I was hoping to be served by someone whose make up (I thought) complimented their face nicely and naturally… however this was not to be and I should have stopped here as I didn’t think I would ever use gold eyeshadow.

Nonetheless I asked for a make over, described what I was looking for or what I wanted to end up looking like and sat in the chair peering at my reflection through the harsh white lighting. What looked back at me was not a pretty sight, however what looked back at me 30 minutes later was even less pretty. Somehow our definitions of ‘natural’ had become distorted and I ended up with a primer, foundation, concealer, powder and bronzer on my face that made me look less like this 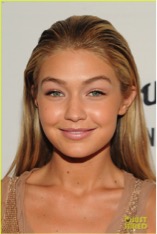 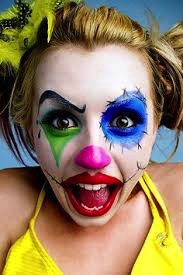 “Do I wear this daily to work?” I asked, “of course you do, you’ll get quicker at putting it on” was the reply.

“Don’t you think it looks like I have a LOT of make up on?” I asked, “you’ll put less on at home” was the reply.

I was not convinced this was the new look for me and I started to feel anxious as the list of products and accompanying brushes were priced up to over $300. Was I prepared to pay $300 to look like this? I did think it was a little over the top for a natural look but hey, who am I to argue with a professional?

I said I needed time to look in a few mirrors around Claremont Quarter and get my husbands opinion over lunch prior to my purchase and hotfooted it out of there.

I stared at multiple mirrors over the next 10 minutes and resolved myself to the fact that this must be my new look, she was a professional who knew her products so I have to trust her (all the while dreading meeting my husband and wanting to wash it off.

I turned a corner and bumped straight into my girlfriend Kelly from KK makeup. I swear she had been beamed down by some supernatural power to appear in front of me at that exact moment. I grabbed her and said “look at my face”, “are you going to a wedding?” was her reply. I knew that I was not wearing the look I was searching for and started to explain the story.

“Come with me” KK said. And together we went to another make up store where she not only knew the products but knew which ones would suit my skin and worked with the sales assistant to get me the new relationship I was trying to start. I walked out with a natural look, my skin feeling light and ready to dine without my husband laughing at me hysterically. She really knows her stuff and I would recommend her to anyone reading this. However, the next time I attempt something as big as starting a new makeup relationship I will be asking my girls in the know to escort me rather than flying blind and looking like I belong in a Stephen King movie. Thanks KK!!!!

This site uses Akismet to reduce spam. Learn how your comment data is processed.